We have a specially constructed piano storage facility.  The temperature as well as the HUMIDITY is controlled in our secure fully insured facility.  You can trust that your fine instrument will be well taken care of.

Each AUGUST FÖRSTER instruments consists of more that 12.000 parts combined by our skilled craftsmen into a masterpiece of highest precision. It takes thousands of steps, secrets learned over generations and many months to build an instrument of such an outstanding style and quality.

This instrument is the master piece of Blüthner, which represents the knowledge acquired over the past 150 years of piano making. Orchestras and pianists alike are impressed by the powerful sound, the shading of the dynamics, and the outstanding performance. 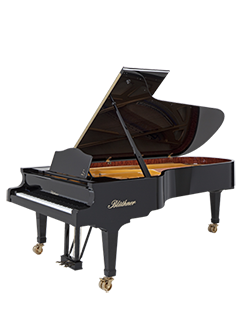 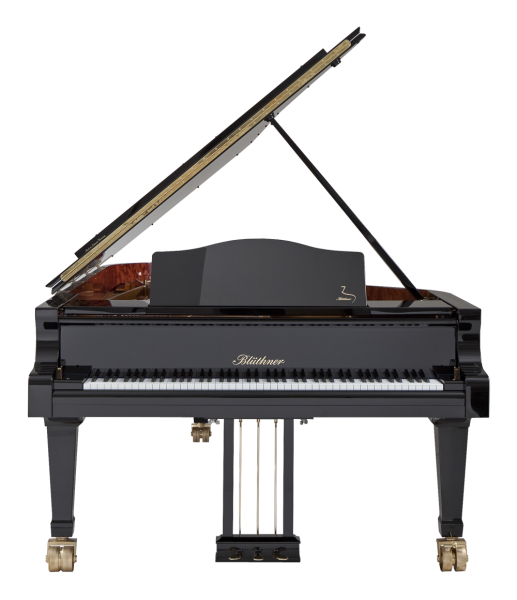 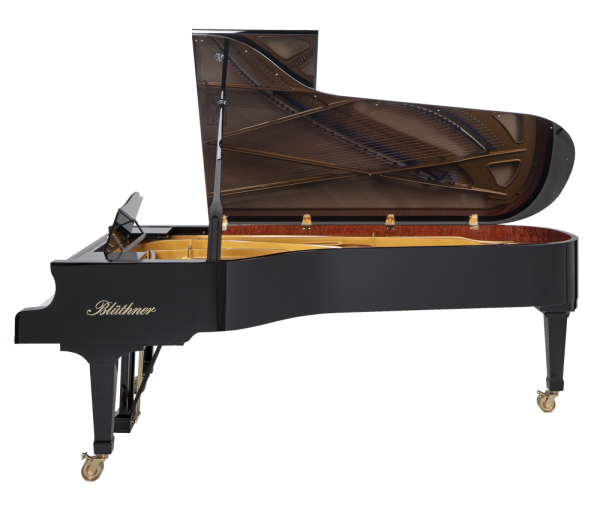 The Fazioli Company has produced grand and concert-grand pianos since 1981, when the company was founded by pianist and engineer Paolo Fazioli.

Each instrument is individually handcrafted combining high quality materials with the finest workmanship and technology.

Although we support many foundations and charitable organizations, the Alzheimer’s Association’s Walk is one near and dear to our hearts. This year, our team Woods Mosaic has raised $3,330 so far to benefit Alzheimer’s research. Pop, known to his customers as Chuck or Charles, passed away from Alzheimer’s disease almost six years ago. We walk to honor his memory.

My father, Charles Woods, passed away on Saturday, October 27, 2012 at the age of 86. He was an amazing man. Born in Denver on December 6,1925, he was a fourth-generation Coloradoan. His father was a piano man, as were his grandfather and great-grandfather. Advertisements for Woods and Son Music Stores in Longmont date back to 1885.

My dad grew up during the depression and developed a strong work ethic very early in life. At seven years old, he worked repairing wire milk crates for a local dairy for half a penny each. By the time he was in the seventh grade, he got a job loading the coal furnace and sweeping out the classrooms of Grant Junior High School before the other students arrived. He had to be there by 5:00am. He held that job through high school.

At 16, eager to join World War II, he finished high school early to attend aircraft mechanic classes at Emily Griffith Opportunity School. He received his diploma and was off to war at 17 years old. He spent the war on Guam as an engine specialist for the B29 bombers.

When the war ended, he returned to Denver and married Frances, his high school sweetheart. He set to work learning the art of tuning pianos. When it was time to take over the tuning business, his father’s clients would ask him if he was as good as his dad. He would reply, “I’m better”. He soon gained a reputation as the best tuner in Colorado. He tuned 1000 pianos a year for 50 years. A true artist – he loved his work and his customers could feel it.

He struggled patiently to teach me to tune, repair, and rebuild pianos. When I realized that I did not like tuning pianos, I finally worked up the courage to tell him. He just said, “Well, why would you want to spend your life doing something you don’t like? Have you ever met anyone who was good at something they did not like?” Fortunately, I loved restoring old pianos and he encouraged me to pursue that part of the business. I have had a great career in the piano business and I owe it all to him.

He was a fiercely independent man. He could never have worked for anyone else. He and my mom, Frances, raised seven kids (six boys and one human, as he put it) all on the efforts of one incredibly hard-working piano man.

When he was not working, he loved road racing his sports cars, playing volleyball and, of course, music. He had a great sense of humor and an unfortunate affinity for bad puns.

He leaves behind a loving wife of 67 years, 7 children and their spouses, 15 grandchildren, and 4 great-grandchildren, and a legion of loyal customers. Many, many of whom became his friends and are now my friends. He will be deeply missed.

The legal name of my company has always been, and will continue to be: Charles C. Woods and Son Inc.

My first exposure to Blüthner pianos was at the NAMM show in, I think, 1996.  I was really taken by the quality of the instruments.  I stopped into their booth and met Ingbert Blüthner and his son, Christian, for the first time.   They told me that the Onofrio Piano Company of Denver had just taken on the line.

A few weeks later, a brand new ebony polish Model 4 Blüthner was delivered to Onofrio’s store on south Broadway.  Months went by, and every time I happened by their store, I would tease Joe Onofrio.   I would tell him how beautiful the Blüthner was; that it was, by far, the best piano in the building; and that, “You morons can’t sell it”.

Well, about a year later, Onofrio called me and said, “OK, Superman, let’s see you sell this thing”.  So he sent it out to my shop.  We did our usual prep work on the piano and put it on the floor.  About ten days, later a customer traded in a Seiler that I had sold them to upgrade to the Blüthner.

When the warranty papers were sent in, the representative for Blüthner called Onofrio and congratulated him on the sale.  He asked him which model he would like to order next.  Onofrio told him, “You are talking to the wrong Joe”.  He explained what had transpired and put him in touch with me.  I was the Colorado Blüthner dealer from then on and sold ten Blüthner Grands the first year!

At that point, I wanted to name one of our new Aussie pups Blüthner, but the kids insisted she be called Diamond instead.